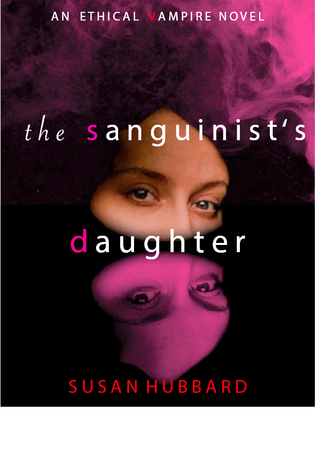 Book 1 of The Ethical Vampire Series 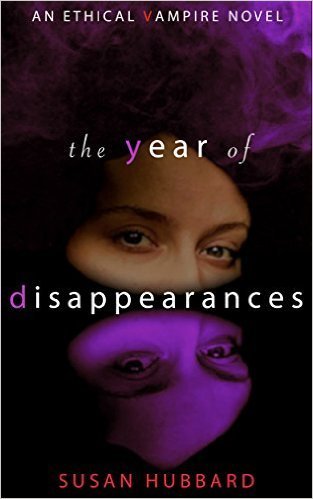 Book 2 of The Ethical Vampire Series 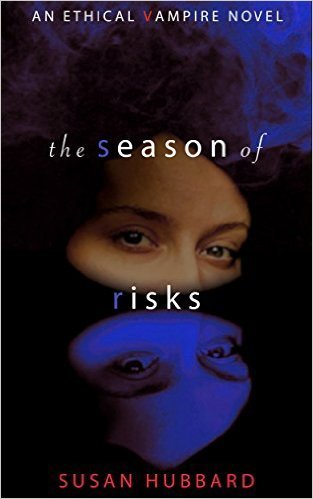 Book 3 of The Ethical Vampire Series 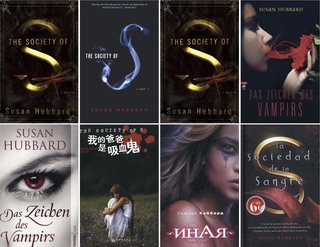 The three books of the Ethical Vampire series have been published in more than fifteen countries. 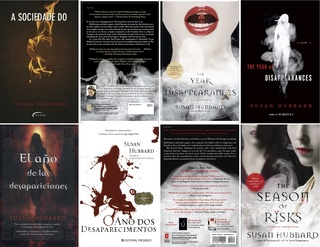 The three books in The Ethical Vampire Series explore a strange world in which humans and vampires coexist. But some vampires are easier to live with than others.

Meet Ariella Montero. Half human, half vampire, she's trying to discover the true identities of her mother and father--and of herself. She's been taught literature, philosophy, science, and history, but she knows almost nothing about the real world.

Her world is one wherein ghosts and vampires commune with humans; where Edgar Allan Poe and Jack Kerouac are role models; where every time a puzzle seems solved, its last piece changes the entire picture.

When the last piece is murder, Ari goes on the road in search of her mother, who disappeared at the time of her birth. The hunt nearly costs Ari her life, and, in finding her mother, she loses her father. But gradually she uncovers the secrets that have kept the family apart, and she begins to come to terms with her own unique nature and her chances for survival.

Set in upstate New York, England, and the American South, THE SANGUINIST'S DAUGHTER explodes stereotypes--of the home-schooled, vampires, monkeys, FBI agents, and academics. In this strange new world, vegetarianism, environmentalism, biomedical research, and the ability to disappear are options for those who drink blood and face the prospect of eternal life. A taut, character-driven mystery, "The Sanguinist's Daughter" is the future of vampirism, told in a voice that will haunt you--and make you think.

What price would you pay to live forever?

From Publishers Weekly
Identity issues involving a child of mixed heritage get a supernatural spin in this affecting coming-of-age tale. Ariella Montero's mother vanished the day she was born, leaving her to the care of her overprotective scientist father, who homeschools her and limits her contact with the outside world. Only when she reaches adolescence does Ari discover that her special diet and insular home life set her apart from her peers. Her father's confession that he was vampirized shortly before marriage, and that Ari can choose whether to be undead like him or mortal like mom, set her off on a road trip that eventually brings her to her mother and into an understanding of tough truths about her family. Hubbard (Walking on Ice) delineates Ari's world of innocent and uncertain adolescence with uncommon poignance and forgoes sensationalism for sensitivity in her depiction of vampirism as one of many emotionally charged challenges Ari faces as a child of estranged parents. She doesn't do much original with the vampire theme, but the novel's open ending suggests inevitable sequels where this may develop further. Author tour. (May)
Copyright © Reed Business Information, a division of Reed Elsevier Inc. All rights reserved.


From School Library Journal
Adult/High School–Think of a jigsaw puzzle, Ariella Montero writes in her journal. Even when it isn't assembled, the pieces scattered in the box contain the picture. Ariella is 13 and very sheltered. She is homeschooled by her father, a scientist, and lives in a large Victorian house. Ariella wants to know all about her mother, who disappeared when the girl was born, and about the world and where she fits into it. Through Mrs. McGarrit, the housekeeper, she meets other teens and starts questioning her own lifestyle. Going to the library with Mrs. McGarrit's daughter, Ariella finds the Internet, and the answers to her questions lead her into danger. It seems that the Monteros are vampires. At least Mr. Montero is, and now it is more important than ever to Ariella to find her mother. How she solves the mystery of her family's unhappiness, as well as how to cope with her own feelings and problems, form the plot. This is a solid story of a girl coming of age, wanting her family to be together, and wishing to belong to something. The author doesn't use supernatural elements as a crutch, but instead they enhance an already strong narrative.–Dana Cobern-Kullman, Luther Burbank Middle School, Burbank, CA
Copyright © Reed Business Information, a division of Reed Elsevier Inc. All rights reserved.